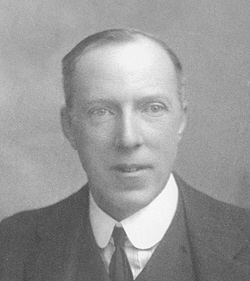 People can be very dogmatic when teaching dances — particularly Playford-style dances.  When people ask me which foot you should start on for a particular movement, I say “I start on the right foot, but there's no right or wrong way”.  It's just a question of what works and feels right for you.  Even if you're in a display team (performance group), where it's important to have some uniformity, most people won't notice if you do things differently — provided you do them with conviction.  Yet I've heard dance teachers say: “This is right” and “That is wrong”; “This is the right speed”; “You never give hands in four changes of a circular hey”; “It's like that on the record so it must be right”, or the classic “It says in the book…” When I say “Which book do you mean — Cecil Sharp or Playford?” they look at me blankly as if they think I'm trying to be funny.  Cecil Sharp and his followers got plenty of things wrong — and so did John Playford and his followers.  So don't tell the other callers: “You must be wrong because Colin Hume says….”

Usually people are at their most dogmatic when they don't have a leg to stand on.  When I started calling in 1978, virtually everybody did “Cecil Sharp” (banana) siding — left shoulder over, right shoulder back.  I've known cries of “rubbish” when I called a dance using into-line siding and said that I believed this was what siding really was.  When they said “rubbish”, what they meant was that they'd been doing siding the Sharp way for forty years, and how dare a young whippersnapper suggest that they'd been doing it wrong!  But Sharp himself wasn't dogmatic — it was his followers who put him on a pedestal.  How many of the people who thought they knew it all had actually read what Sharp said in the Country Dance Book in 1911?

Although I have consulted all the sources of inspiration at my disposal, I have been unable to find any authoritative definition of this figure…  Some solution had, therefore to be made.

Further evidence which has come to light with respect to this troublesome figure seems to throw doubt upon the accuracy of the half-turn in each portion of the figure, in the form in which I reconstructed it.  Now if, instead of turning, the dancers were to “fall back to places” along their own tracks, the Side would then be identical with the Morris figure of Half-hands, or Half-gip.  And this, I suspect, may prove to be the correct interpretation; but until it is supported by far more definite and conclusive evidence than we at present have, it would, I think, be unwise to make any alteration in the figure as it is now executed.

This is Cecil Sharp saying in print that into-line siding may prove to be correct.  Tom Cook told me that he is sure Maud Karpeles was mainly responsible for part 6 of the Country Dance Book, and she introduced many rigidities in the 1920's; Sharp actually wanted to replace his own version of siding by siding into-line, but she and other followers would not allow it.  In a lecture he gave in Aldborough in 1922 he states categorically that he has changed his mind, that straight siding is almost certainly correct and that he would like to see this used but the English Folk Dance Society wouldn't let him.

Then Sharp died, and his followers rated it heresy to question the revealed religion.  But since then plenty of evidence has been unearthed, and people such as Pat Shaw, Tom Cook, Mike Barraclough and many others have weighed up the evidence and been convinced that into-line siding is indeed correct.  Read more (and see Cecil Sharp actually dancing the figure) on my Siding page.

When it comes to reconstructing dances, again the climate has changed.  I used to apologise for doing my own version rather than Cecil Sharp's.  These days I'd apologise for doing Sharp's version without studying the original Playford.  We're not doing Sharp any favours by pretending that he never made mistakes — all pioneers do.  Cecil Sharp was a great man, and if it hadn't been for him none of us would be here today — but he wasn't infallible.

So if I teach my interpretation of a dance, I hope I'm not being dogmatic.  What I'm saying is: “I've studied the original instructions, and I think my version makes more sense than the established one”.  Someone may come along next year and produce an even better version.